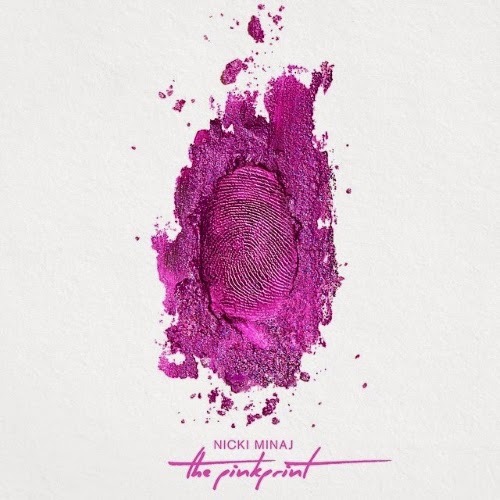 Nicki Minaj is angry. Oh, she is so damn angry! Or is this just a post-angry album and she's just fine? I'm confused. I don't like her anyways, but when you like something from someone you don't like, doesn't this mean that it might actually be good? Or is it just because I like this music genre and it's easy for me to like it? Crap.

When I heard "Anaconda" for the first time, I thought "This is one of the worst things I have ever heard". And I am a human being who has listened to a whole Aqua album. And a whole B*Witched album. Even a whole David Guetta album. I am patient when it comes to music and new albums. So when "The Pinkprint" was released, I motivated myself to be patient on this. And I was patient. Many times. But you cannot be patient many times on something you don't like, right? So I came to a clear conclusion: "I like the new Nicki Minaj album. In fact, it's fucking brilliant."

The tracks here have melodies. Till now, most of Nicki Minaj's songs were big studio productions, collaborations with all her industry friends, butts and penises, EDM samples and videos directed by Hype Williams. This is the first time you can only focus on the deep rhythm sections and basslines, the reverbed keys and her raw lyrics. It's just that and nothing more. And it's more than enough.

"Four Door Aventador" is something Missy Elliott could have recorded and it's addictive till the last kick. In "The Crying Game" Minaj has used Jessie Ware's soulful vocals, something she is not repeating on the dope female anthem, "Feeling Myself", with Beyonce - highlights, both of them. At some point, you can skip "Anaconda", because it's in there. But you can dance your ass off with "Trini Dem Girls" and "The Night Is Still Young", that's acceptable. "Bed of lies" is like a Rihanna/Jay-Z collaboration and probably the most radio-friendly record in the album, while "Only" (feat. Drake, Lil Wayne & Chris Brown), the fourth official single, is probably the best hip-hop track of the year.

Take that leap of faith and try "The Pinkprint". And if you don't like it, well, "Blame it on the weatherman" (B*witched).