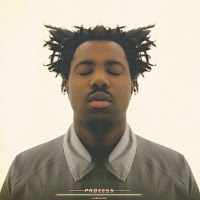 Being heavily affected by Solange’s Don’t Touch My Hair, I sat down and listened to Sampha’s solo debut album really carefully, without having listened to his past efforts with SBTRKT or having known his songwriting credits for other artists (I did know them, actually, I just didn’t know I actually knew them). I tried to focus on every sound, every word, every reverb and every agony in his vocals, as they desperately try to save themselves from drowning every time a chorus opens. For a second there, I almost had the sense he wants to sound like an American soul crooner, like John Legend, Frank Ocean or even a male version of Macy Gray. But Sampha is everything but that.

He breaks the rules of singing, writing words, building melodies or even composing rhythm sections. He creates from a well-hidden place in his heart, a personal sanctuary, something mystical and mystic at the same time. His songs, though, are not weak, dark or dramatized. On the contrary, they are solid and emotionally bigger than everything he has experienced in the recent past. Process feels more like a personal spiritual catharsis being narrated over pianos and drums and less like a studio album. In terms of music reviewing, that sounds inconsistent, because, as a product, it’s a studio album. But it’s solitary as well. It sounds like he is on a mission, other than selling records.

Process consists of 10 tracks co-produced by Rodaidh McDonald. They all have the same purpose: to communicate the singer’s truth and traumas. Death, health issues and lonesomeness are the main themes, while he uses them as a vehicle to reach his mental well-being and to fully understand his own existence… An angel by her side, all the times I knew we couldn't cope / They said that it's her time, no tears in sight, I kept the feelings close / And you took hold of me and never, never, never let me go / Cause no one knows me like the piano in my mother's home.

This is one of the most sonically adventurous projects during the last few years (I guess). Electronic pads and synths are gradually blending with old school breakbeat drums and piano chords in Blood On Me. Percussions are imperious, delivering an experimental funk performance in Kora Sings. Reversed audio files sound imperfectly perfect in Reverse Faults, which serves as a bridge for the intoxicating Under… I see you manipulate your lover / Take cover, waves come crashing over us. And then, somewhere between the piano ballads and the voice trembling, Timmy’s Prayer comes along, channeling Enya and various ensembles from the Highlands in Scotland. At first, it’s weird. And then, you simply accept the fact that it works.

Process is a soulful album, without ending up being a part of the RnB genre. It’s electronic, reminding us a lot of Jessie Ware’s songs, while it stands on its own as a painful trip to self-discovery. Sampha lost his mother during the recording sessions. He had a lump in his throat, too. The thing is, you don’t have to know these pieces of information to feel his pain. You only have to let the music do the magic. After a couple of hearings, it finally gets you. And you find yourself sketching an image of him in your mind playing the piano in his mother’s home in London. That’s the process.