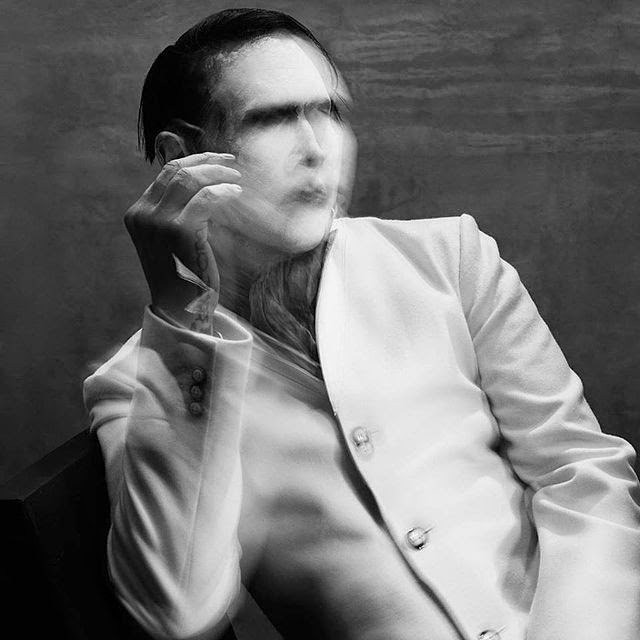 Well, I'm a big fan of Marilyn Manson and I have been waiting for this new project a long time now. Marilyn Manson (the person, not the band) and Twiggy Ramirez are the absolute production duo. So this time also, the production is flawless. You can hear their distinctive staccato guitars and electronics, but also their obvious try to be more radio-friendly and less provocative. Well, that's not bad at all. Their effort to record a pure rock album with Tyler Bates' help is, at the end of the day, honest.

On the other hand, Marilyn Manson (the band, not the person) have a little trouble this time in the songwriting process. I don't mean that the songs are bad in general. But I should say that: They should have released an EP with 6-7 songs in it. It might have a better potential, because there are some killer tracks in "The Pale Emperor" and some boring ones, too.

"Deep six" serves as the first single and it works fine, I guess. Apart from the boring video of course. Manson looks tired and bored to death. But if you try to focus on this, you will realize that he is just older. And no heavy make-up can deal with aging, even if people call you "Madonna". Anyhow, to the point again...

It was smart enough to release "Third Day of a Seven Day Binge" as the promotional single before the album release. This track is probably the best in here, indicating the band's turn to simple rock productions without all the glam stuff of the past. "Birds Of Hell Awaiting", "Cupid Carries A Gun" and "Fated, Faithful, Fatal" are also about that genre turn.

Even though "Killing strangers" and "Odds of even" are kind of predictable at some point (pop power ballads with distorted guitars), you can just skip them and focus on the good stuff. "The Mephistopheles Of Los Angeles" and "The Devil Beneath My Feet" are among those worth listening songs and obviously closer to their own industrial rock profile. With a mainstream twist, needless to say.

The sound similarities with The Smashing Pumpkins' early work (or the 90's alternative rock blossom in general) is more than obvious for some reason in here. If the songwriting was better, then "The Pale Emperor" could have been brilliant, even though retro. So I will insist on my earlier statement: They should have released an EP with 6-7 songs in it. It might have a better potential, because there are some killer tracks in here and some boring ones, too.