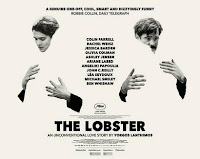 It's tough to watch a tough film, without being tough enough to laugh, cry, think and love at the same time. That cannot be done. To feel all these at the same time, I mean. But watching "The Lobster" gets you as far as you can go with that. It's that kind of picture that lets you experience a raw and surreal emotional rollercoaster, which, at the end of the day, takes you one step further into understanding yourself a bit better than you already do.

The film is an experiment in a dystopian future. Take yourself to a place that you have to love someone in 45 days and if you fail, then be the animal of your choice, just because you cannot do otherwise. Alternative choice? Be a loner. Go into the woods, be a wildling, prevent yourself from being with someone, just because you cannot do otherwise, either. Alternative of the alternative? Love someone you are not supposed to love and accept the consequences. Or not. Challenge accepted.

You don't have to be smart to understand this movie. On the contrary, it's back to basics. Yorgos Lanthimos is not a filmmaker that tries to be cocky in order to make art. This is actually a pretty simple project, almost childish. With a different approach, it really should be a Pixar film for children, in order to teach them that you can love and accept everyone if only at first you do that for yourself and be a free person.

The surreal thing exists here, just because you cannot support a film with real actors, exquisite ones, without being symbolic. Colin Farrell, Ariane Labed, Angeliki Papoulia, John C. Reilly and Rachel Weisz take their performances one step further by being simple, sarcastic and non dramatic, while at the same time they do and say things which are supposed to sound weird in a film, but they are actually not weird in real life. And you do them, too. And you tell them every day, without being an actor. And that's the weirdness of it all - this is cinema, while it's not. It's life.

In real life, you can be jealous of your girlfriend if she speaks to another guy who has something in common with you, because you project yourself in it. You are in danger. But when the girl or the boy is in danger, aren't you supposed to walk in their shoes to understand them? Yes, it's about empathy and nothing more. You can be single or a couple, that's your choice. But it's your ethical obligation to have empathy in order to be happy. And, let's face it, you don't walk in other people's shoes.

They say that, with "The Lobster", the circle of the Greek Weird Wave of cinema is complete. I cannot describe "The Lobster" as weird though. It's not fair. The script by Efthimis Filippou and Yorgos Lanthimos is weird itself. The performances are pretty weird and North European. It's like an Ingmar Bergman or a Michael Haneke movie. It also ends in uncertainty, which is weird, too. But it's not a weird film. Too much weirdness in 2 hours just ends up being too fucking normal compared to real life. "The Lobster" is exhilarating. That's the only valid word. 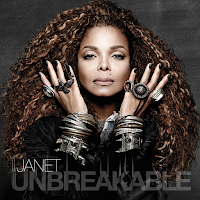