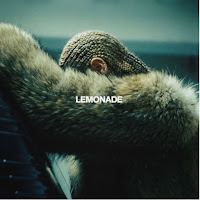 It’s been a long time since the last time the world realized that global pop stars and landmark albums are not an endangered species. «Bad» did that to the world. «The Bodyguard OST» did that. «Confessions on a dance floor» did that. «Purple rain» did that. «21» did that. But then again, it seems so far, far, far away, just because we create, live and interact in a digital era and physical copies are indeed an endangered species, if not an extinct one. So, what’s so special about Beyoncé’s «Lemonade» that it has made the whole world stop?

The thing is, she has not underestimated her power. But she has not overestimated it, either. The surprise marketing tricks are, etymologically speaking, tricky. There is no guarantee they will succeed, but she and her team are working very hard in order to guide the surprise factor to a safe place, where freedom and success are united. The «Formation» video, the fake tracklist with the Adele & Mariah collaborations, the HBO special, the divorce concept, the concept-album concept, the immediate digital release and, finally, the fact that once again she broke the internet.

Beyoncé owns her artistry. She truly owns it. She sings, but she screams as well. She writes about Jay-Z cheating on her, but she also makes political statements like Janet did with her «Rhythm Nation 1814». She delivers her swagger, but she is also vulnerable, playing the keaboards and building sand castles. She thinks of her father as a South American, country/blues guardian angel, while she acknowledges that he too was a cheating male, who taught her how to shoot in «Daddy Lessons». It has been written lately that in «Lemonade» she is the strong black female she was always supposed to be. But the truth is she has become the black feminist she was always supposed to be. And that's not a double standard, that's a huge artistic and personal victory.

Her second visual album is not about announcing her divorce from her husband. It's about sharing and channeling the first signs of him cheating in «Pray You Catch Me», her actual sadness, her female truth, her black truth from daddy Alabama to momma Louisiana to Texas, her strength to save her marriage and the fact that her freedom to choose is the quality she needs in her life. And that's exactly what you watch during the film.

Beyoncé is the only living artist who has the inner power to let you believe that it's time to stop what you're doing and listen to what she has to say. And then you do it, because she cares. Cause her daddy made her fight. And maybe she isn't always right, but it's her 2nd fucking amendment. I can't tell if this is The album of the year. But I can surely tell it's an instant classic.