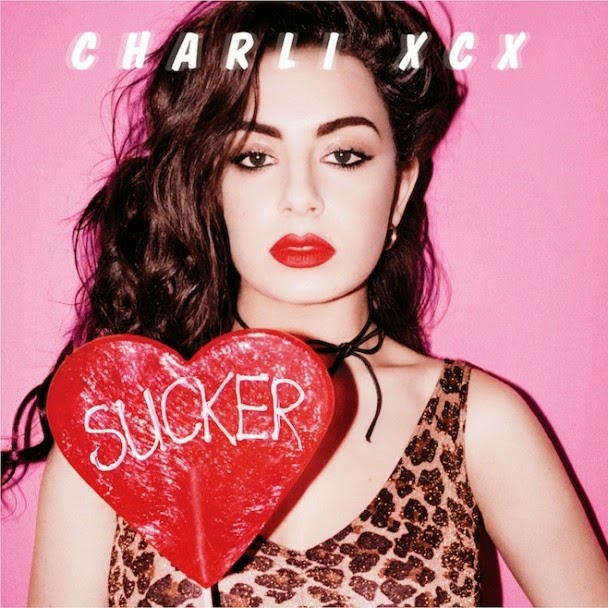 I read somewhere that Charli XCX is the funniest girl around. Well, she is not a friend of mine, so I cannot confirm this piece of information. She surely is, though, the funniest girl in my laptop as far as her music is concerned. "Sucker" may not be the most sophisticated and Sam Smith-esque album in your playlist, but once you listen to it, you are stuck on repeat. And that, to be honest, makes it one of the best albums of the year.

Her sound is unique. But not as unique as you think, since it reminds you of Sia, Sky Ferreira, Haim and other similar power-pop female acts with an indie twist. For her third album she has collaborated with many producers. So many, that you could end up listening to a synth chaos. Nope, though. Greg Kurstin is also one of the album's producers, thus reminding us that the Grammy Academy MUST give him the award for the producer of the year, cause any other choice will be simply annoying at the end of the day.

Her smart songwriting is not as mainstream and straightforward as Taylor Swift's ability to write hits. But it's still fresh in tracks like "Boom Clap", "Breaking up", "London Queen" and "Famous", combining electric guitars, raw synths, drum machines and streetwise wit in the lyrics. Now I am begining to think that it's not fresh or smart, it's just British! Her vocals are not impressive, but her tone is distinctive and that's the case in the music industry today. You are not supposed to sound like the new Whitney or the new Christina, you are just supposed to sound like... yourself?

Anyhow, "Sucker" has the potential to be big, even though it may not be, because Charli XCX's case reminds me of Sky's album last year. Great songs and attitude, great reviews, bad sales. Still, a top-20 album for 2014.