Marina and the Diamonds - FROOT 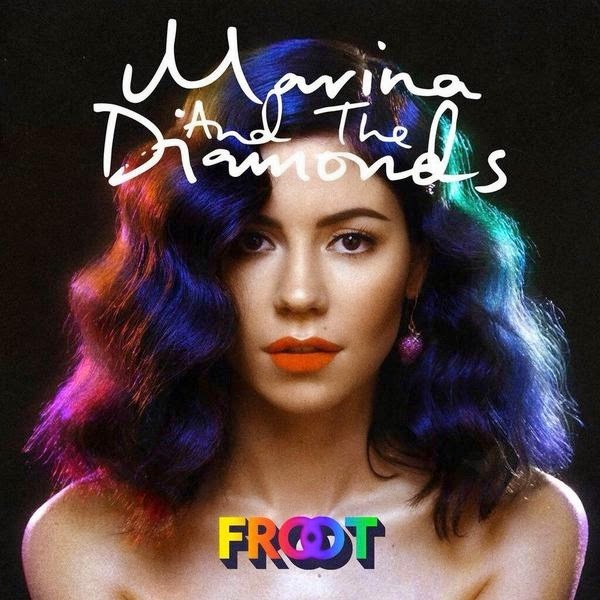 When "The Family Jewels" was released, Marina Diamandis had just been through some hard times, so her music was really intense and vulnerable in many ways. The album was critically acclaimed, so she had a hell of a year. And then "Electra Heart" happened and though it was a concept album with a lot of potential, it failed in many ways. Her GaGa synthpop tracks were poor as far as the melodies are concerned and the smart videos did not save the day. She looked damn pretty in those, we have to admit it. So what happens now, in 2015?

Well, Marina is a pure songwriting talent and that's a fucking strong asset. This time, with her third album, "FROOT", she is capable to showcase this exact talent. She has written all the songs by herself and she has co-produced all of them along with David Kosten (Bat For Lashes). And it works. It works like Amy and Tina presenting the Golden Globes.

The sound is still electronic, but she has again found her indie twist. With a voice as powerful as hers, it's smart that she and Kosten chose to produce the songs with a minimal touch, using basic rhythm sections, reverbed pianos, distinctive guitars and throwback synths, so that the vocals can actually be heard. Marina demanded to be produced as a band. And the result is more than rewarding for her and her vision.

If you try to find a big hit in "FROOT", you just won't, so stop trying. On the other hand, you can find many emotional Marinas and though the project is not a concept album like "Electra Heart", it serves as one, emotionally. There is the naked-soul Marina in "Happy". There is the girl-power Marina in the masterpiece "Can't pin me down". There is always the rock star (or the Charli XCX) Marina in "Forget", the 80's pop-funk Marina in "I'm a ruin", the new-wave pop Marina in "Froot" and so on.

Marina and the Diamonds has always been retro as a project, even when she has tried to be mainstream. And that's her thing. She can write catchy melodies in order to put her name in the charts, but she can always be unique with her sound and her image. This time, she is musically exceptional as well, more than ever before. "FROOT" is not only her strongest body of work to date, but also a top-10 album for 2015 so far.

And hands down, earl grey bitches, she is fucking Greek.