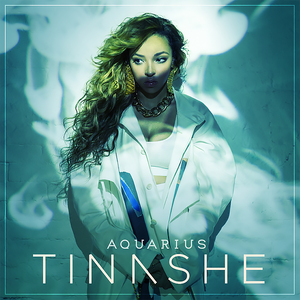 There is no point to focus on a fresh r'n'b album, without ending up with comparisons with things you have listened to in the past twenty years. Let's be honest, there is no "new sound" in contemporary r'n'b, unless you are Janelle Monae or FKA Twigs or at least Miguel. The majority of all the neo-soul, post-dubstep, electronic-soul, rap-sung, hip-hop albums out there have probably the same 808 kicks and synth pads from the same laptop. So which is the x-factor that makes a Beyonce or a Jessie Ware album brilliant, but a Chris Brown or a Robin Thicke album simply boring?

That x-factor is called "personality". It's easy to state the obvious and say "But, come on, Rihanna has a big personality and does her own thing and does not give a fuck, blah, bluh, bleh...". That's true. But what have all these No 1 artists done so that they don't record the same tracks over and over again with different lyrics and tempo? How many of them have taken the leap of faith and risk their beauty or their voice or even their fanbase, in order to create something they can call their own and not the industry's? Well, to sum up, Tinashe could have been the new Ciara or the new Rihanna or even the new Christina. But she is not. Because she has taken that leap of faith, the same that Janelle and Jessie and Twigs have taken in the past few years. Plus, she is hot, but this is not the case.

"Aquarius" is an album that makes you dance, makes you have sex, makes you wet, makes you notice the production and the powerful Mariah-esque vocals, makes you push the "repeat" button, makes you addicted to it and its performer charms. Tinashe has mentioned that her favorite album of hers is "The Velvet Rope" by Janet Jackson. And this is actually the best comparison as far as this album is concerned. It's as old-fashioned as Janet's smooth and soulful music, but at the same time the singer embraces the new era, thus being edgy, angry, hip and 2015.

"Bet", probably the strongest mid-tempo song in the project, gives Beyonce and Solange a reason to sue Blood Orange for not delivering the demo to their managers. "2 on", the first single of the album, is as urban as it can be and a top-30 hit in the Billboard Hot 100. In "All hands on deck" Tinashe delivers a solid vocal performance, accompanied by a flute loop, a raw bassline and some killer synths, while "Far side of the moon" is a track that even the duo of Timbaland/Justin could be jealous of.

If you are a fan of the r'n'b genre, you will adore this album if you haven't already. Tinashe should be the biggest female act of 2015 if there's any music justice out there. And if there's not, oh well... let's count on the Universe's poetic one.